HOW CAN I SURVIVE KAPHA SEASON?

Though I do believe I am actually tridoshic – I have experienced some pretty severe imbalances in each of the doshas, my true nature, or prakruti, is Pitta-Kapha.  I have a Vata mind sometimes, but that’s the result of all of the wonderfully poisonous things I have put in my body over time, and not necessarily my constitution at conception.  While my devotion to yoga and Ayurveda is largely the result of recognition of past behavior that was self-destructive, it is most certainly a work in progress.

Kapha people are usually slow and lethargic, and are more prone to depression than the other two doshas.  If they lay dormant for a while, there’s a good chance they are going to stay that way unless a very good friend drags them out of the house for one reason or another.  They tend to be homebodies – they are loving and supportive of their family and friends, know how to cook, and can definitely throw a party.  This time of year, however, can be problematic for those who are expressing Kapha imbalances.  We are now in Kapha season; that end of winter, beginning of spring lull where we are just dying for green grass and beach waves and to rid ourselves of giant coats and snow boots.  Kapha people in Kapha season could be miserable af.   I, for one, would love to wear a nice pair of shoes without swimming through slush puddles on NYC street corners.

Trying to balance out a Pitta-Kapha constitution during Kapha season has proven to be particularly challenging for me.  I know that I am supposed to get out and do, so I do.  I over-schedule activities – Soulcycle and yoga and meetings and shopping trips – so I don’t get caught up in the Kapha dregs.  Because I am also Pitta, I can find myself wired and angry and frustrated at the end of the day after spending so much time working on not being lazy.  In trying to balance out one element of my constitution, I am aggravating another.  Trying to stay in balance – feeding one element without triggering another, is really hard.  This brings me to my reading for my Bhakti Center Reading Group last night – a chapter from The Journey Within by Radhanath Swami – ‘What is Yoga?’

Yoga and Ayurveda are directly related in that both practices aim to bring us back to our true nature.  In Ayurveda, the goal is balancing out the doshas so that we are free from disease and discomfort, and can be ourselves in our most balanced and natural state.  Radhanath Swami reminds that that In Yoga, the root being yuj, “to unite,” the goal is to find the true self, which is basically our divine self. The return to self – in the most purest form – unites both Yoga and Ayurveda for me.  While many people practice one or the other, I find it natural that they are practiced together, “in union,” so that we are more equipped to balance out all of what life throws at us.  This may include physical toxins; chemicals and preservatives and things we put in or on our body that can harm us.  It can also include mental and emotional toxins – practices and behaviors that bring us away from our divine nature. I spent a long time last night talking with my group specifically about these practices – how can I stop collecting so much stuff, in particular – and a light bulb went off for me.  This tendency to collect; to seek security in collecting stuff in my home or on my person, is directly related to the Kapha in me.  It’s about security.  The more I have, the safer I am.  My desire to purge myself of stuff in excess, is the Pitta in me reacting.  It’s the belief that Pitta is the more desirable quality.

My goal for Kapha season is to use my equally present Pitta nature to help me rid myself of all of my stuff.  I have soooo manyyyyy posessions, 90% of which I do not use or need.  I remember moving out of my first apartment because I was too overwhelmed to get rid of things.  I was too attached.  Packing them all up and moving them to a bigger place was easier.  This time, I am fighting the Kapha tendencies by purging.  Instead of trying so hard to fight the Kapha outside – by doing more and achieving more – I can fight it inside, by creating more “space to maneuver” in every sense of the phrase.  I can’t change my nature, but with yoga and Ayurveda I have the tools to address all of my spiritual, physical, and emotional imbalances.  I invite you to hold me accountable. 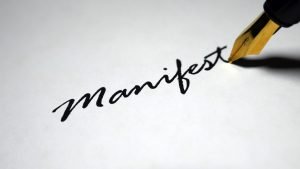 7 Steps to Manifesting Your Dream Life 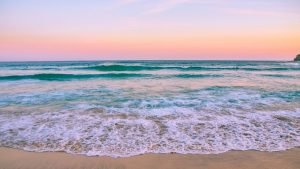 How to Navigate Pitta Season During a Pandemic

Summer is one of the best seasons of the year. It’s the season of rooftop sunsets, days at the beach, and plenty of barbecues and 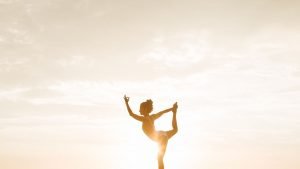 A Simple Self-care Routine Mom’s Can Stick To

There is something about spring that inspires us to throw open our windows, clean out our closets, and lighten up in every sense. Thank goodness

Sign up for the Yinsa newsletter to receive inspiring notes, event information, shop updates and more!