Swami Satchinanda, in his translation of the Yoga Sutras, describes ways that we can achieve bliss as we are moving through time on this earth.  One of his descriptions is about focusing on the “supreme, ever-blissful Light within.” Though I have never considered myself a particularly religious person, I have always lived on a spiritual path – even if I wasn’t fully aware of it.  As a high school student, I insisted on taking a crash-course in Catholicism so that I could make my communion and my confirmation on the same day. My intentions were less than Godly – I always dreamed of being married in St. Patrick’s Cathedral in NYC for no other reason than it was the most beautiful, (and nearly impossible to get married in).  I have no idea where that idea came from – who or what planted it in my head – but it lead to a 10th grader taking time out of her social life to go to a religion class every Tuesday. There were a bunch of us in there seeking something, but I’m not sure any of us were really sure what we were looking for.

When I was 19, I backpacked through Europe.  I was visiting a friend studying abroad at the London School of Economics, and I took advantage of the Eurorail, my independence, money I had saved up from waitressing, and a sense that there was something I was looking for.  On that trip, I visited the Vatican. I attended mass on a Tuesday with Pope John Paul II, and in some moment during that service, I recognized the divine within me in a way that I never had before. It was a passing moment, but I never forgot it.  I found out later that I was pregnant during that 5-week trek, and thus my son was “blessed” by the Pope at the Vatican. I have silently understood that his angelic and giving nature is a gift from God that I never really felt I deserved.

There have been a few other times in my life where I have recognized my own Supreme self.  I remember the first time I had a spiritual experience in a Yoga Nidra class, and have been looking for that same experience ever since.  The day after my Grandmother passed away, I couldn’t go to work, but I couldn’t stay home either. I visited St. Patrick’s Cathedral because I was lost and looking for something or someone to help me find my way.  I just sat there in an almost comical tent of scaffolding, (they were remodeling), and felt a sense of peace and stability for enough time to allow me to meditate on my grief. Years later, before a court appearance, I had an hour to kill.  Trinity Church was across the street from the hearing office, and I decided to spend that half hour sitting in a church pew. I am not sure what I was looking for in that moment – some type of divine intervention that would secure a positive direction for my life – but again, I just felt at home and safe, and I appreciated it.

I share these stories because as I look back, I realize that they represent significant shifts in my life.  What was happening for me at the time I made my communion and confirmation impacted every single relationship I’ve had since.  My travels throughout Europe, though seemingly an escape from a reality I knew I didn’t belong in, continue to guide the more positive life decisions I’ve made thus far.  The comfort I’ve found in a cathedral at times where I felt like nothing else was helping, led me to recognize that divine intervention is most certainly real. Without faith in something – A God or the Universe or whatever you call it – we are left with nothing to explain the miracles that we tend to forget in times of struggle.  If we learn to call on that divinity and lean into it more often, we may see a shift in our perspectives and experiences. When there is no other way to justify what life hands us, faith in something other than the actions of people and institutions can provide insight. It may not happen at the moment we are seeking guidance, but in hindsight, it becomes clear.  It doesn’t have to be a connection to a religion or a God or a specific story, but spirituality, in lieu of religion, can simply represent a story different from the one we are telling ourselves. Often, it’s a much better story. In seeking the divine within me at these different stages in my life, I think that what I was looking for was just a better story. I am reminding myself today that I was always able to find that story, and if I focus my attention on trusting the Universe to help me tell my next story, it will have a much better ending that the one I might be projecting.

Abhyanga: The Ayurvedic Self-Massage Practice that Saved Me

Abhyanga is the process of self-massage using oil.  This is the Ayurvedic practice that has saved me. I have spent a lifetime on the run. 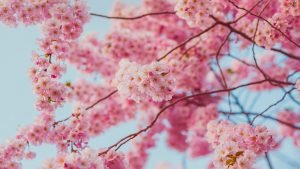 There’s no disputing the fact that I’m a city girl at heart. I also happen to love how technology allows us to connect with anyone

An Ayurvedic guide to building your immunity for Vata season

We’re only in the first few weeks of fall, but the leaves are starting to change, the temperatures are getting a little chilly, and the

Sign up for the Yinsa newsletter to receive inspiring notes, event information, shop updates and more!